Vick '20 Shares Whirlwind Evening of Basketball & Beauty and the Beast 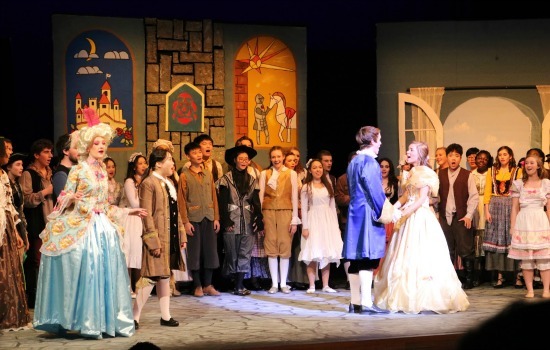 On Friday, Feb. 22, Sallie Vick '20 played in the League of Independent Schools (LIS) Girls' Basketball conference championship just hours before performing in the Upper School musical, Beauty and the Beast. She shares with us her experiences during this busy, joyful evening. 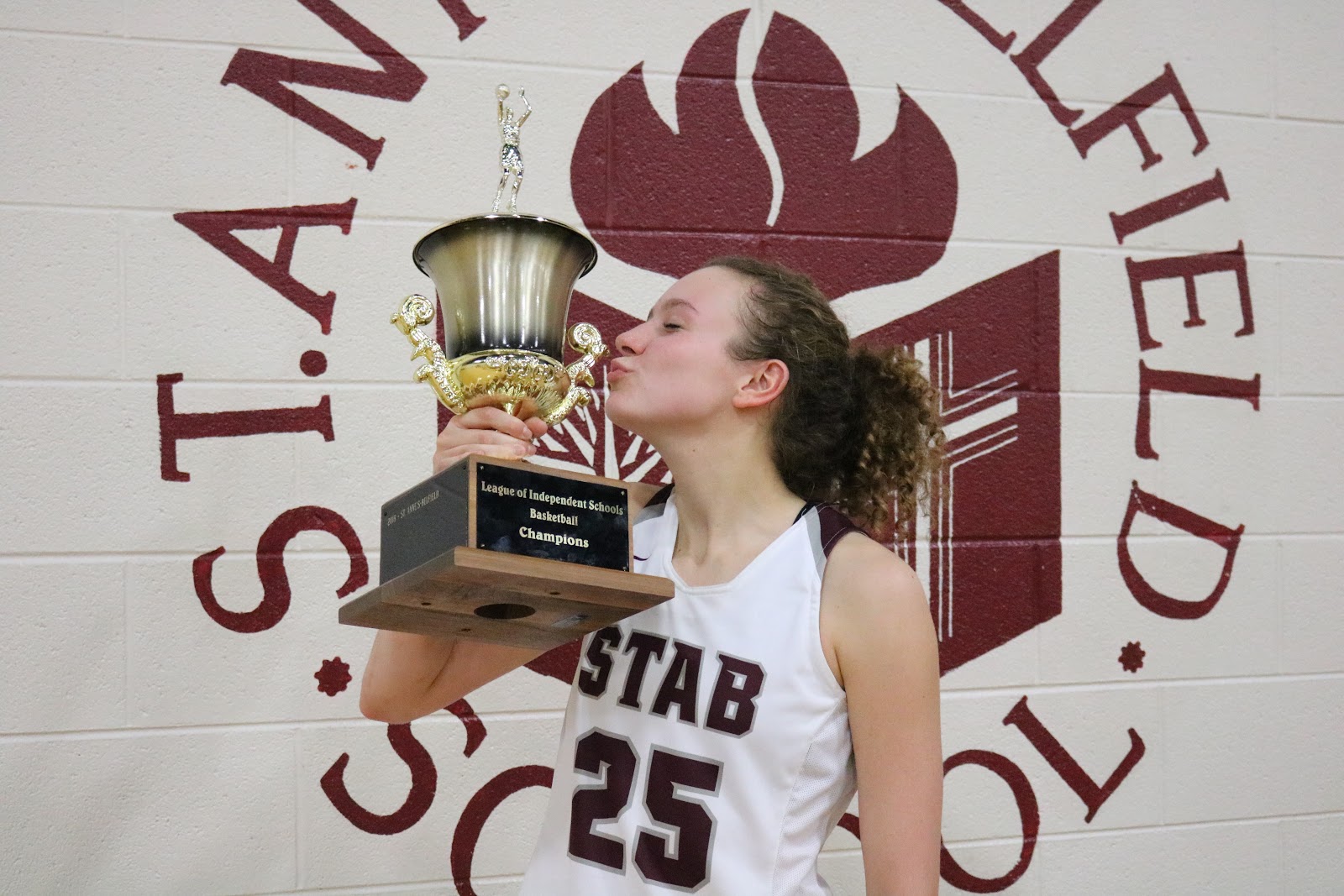 5:00 p.m. - LIS Conference Championship
After an incredible season, all of our work and preparation came down to the conference championship game against Trinity. Being 23 -1, reigning champions, and alongside my teammates/sisters I was full of confidence for the game. My whole family came to watch us play, and we won 67 - 52. I played a good game with 14 points, and this win was the most rewarding moment of the season thus far. Every single girl contributed and we earned the trophy together for each other and our three coaches who have put so much time, energy, and patience into us.

7:00 p.m. - Preparing to Perform
After winning our trophy, taking pictures, and seeing my sister for the first time in a couple weeks, I rushed over to the Upper School campus to put on my candlestick costume and makeup. Every parking spot was already taken and I started to feel nervous, but when I walked back stage to all of my new best friends with whom I'd bonded during months of rehearsals, I immediately felt the same energy I did when I walked into the gym three hours earlier. The opening night was the musical world's conference tournament. 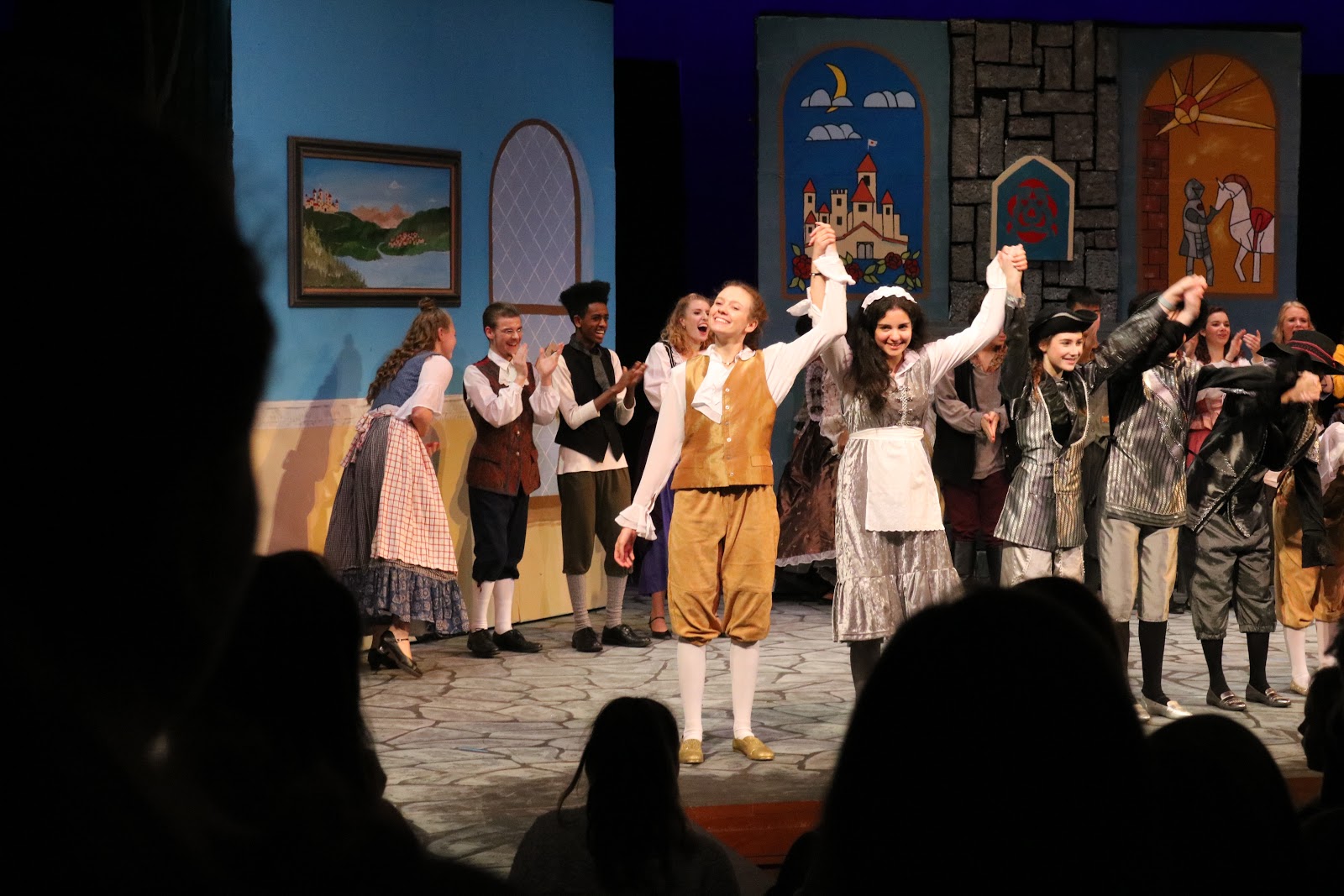 7:30 p.m. - Curtain Opens for Beauty and the Beast
Opening night of Beauty and the Beast was sold out, and the crowd was HUGE, the performance was awesome, and my whole family was there to watch. Initially I had no idea the musical was going to be such a big time commitment and didn't understand all the hard work that would happen behind the scenes to put on such an incredible production. Throughout the process, I gained so much respect and admiration of other students and faculty for their theater talents and time commitments. It was rewarding to see the production come together so perfectly.

10:00 p.m. - Curtains Close
My parents moved our family and sacrificed so much for me to attend St. Anne's-Belfield School, therefore I try to make the most out of my time here and experience everything our School has to offer in the classroom, courts, and stage. We still have three more shows to give and a state championship to win!