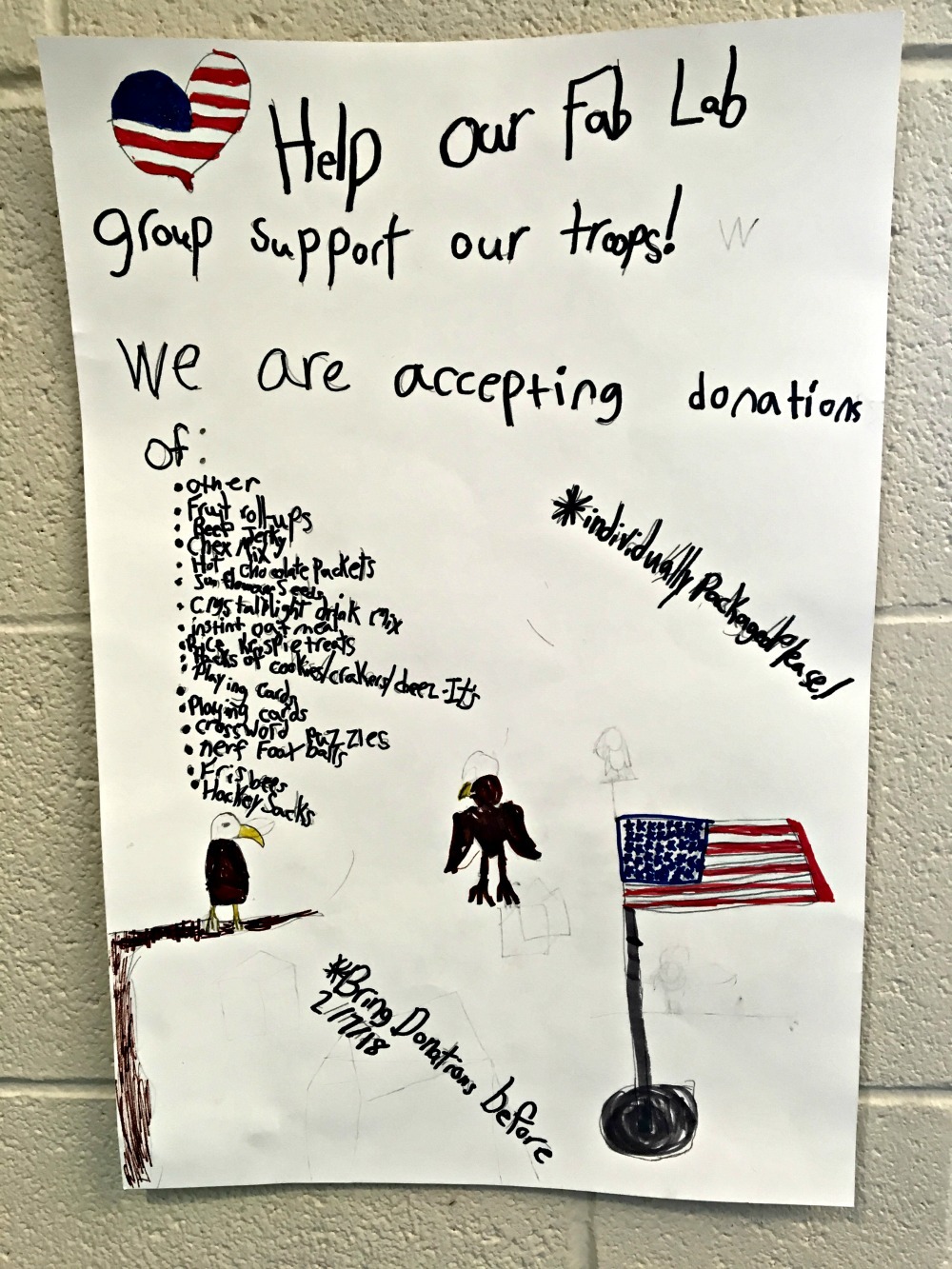 For third grade students, time for student-led, project-based FAB Lab projects is used to explore one of four questions: what can we create or build, what can we test or experiment, what problem can we solve, and what can we research or learn more about?

Ms. Emily Mathews began the second FAB Lab cycle of the year, devoted to testing and problem solving, with a group of students interested in finding ways to support the troops of the United States' military and show appreciation for their service.

"They had a real interest in how the Army supplies things like food and water, and we talked about what it might mean to be without some of your favorite things while you are overseas," said Mathews.

"The more we talked we came up with the idea of creating care packages, and we started by asking if any families in the third grade had deployed family members. Then we opened it up to the fourth grade, and after that faculty and staff of the East Wing. We thought it would be very nice to be able to send some items to family and friends of the School."

The students, including Cosmo dV., Eleanor S., Ellie W., Parker B., and Reese U., have identified a number of servicemen and women to whom they would like to send packages, and Ms. Mathews has secured 30 military care kits from the United States Post Office. One of them will be sent to recent St. Anne's-Belfield School graduate Sam Scholz '15 who was stationed overseas in January and happens to be a cousin of current third grade student Mia C.

"We still have a few boxes available to fill and send, and would love suggestions if anyone has a friend or relative who might like to receive a box," said Mathews.

Donations will be accepted through Feb. 7 and may be dropped in Ms. Mathews' classroom (EW-25). Suggestions of servicemen and women who might like to receive a care package can be emailed to Ms. Mathews at emathews@stab.org.