This article for educators was originally published in "Middle School Learning" vol. 72, National Council for the Social Studies 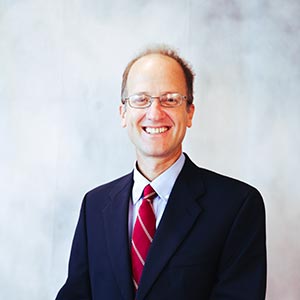 As recommended by a 2014 NCSS position statement, America’s middle schools should devote significant time to teaching young people about religion, and they should do so in a way that embraces the complexity inherent in the discipline. Now more than ever, as we come to terms with a world changed by the coronavirus pandemic, middle school students should have the opportunity to examine and explore the diversity of religious traditions that enrich individual lives and continue to have a considerable impact on politics and culture at-large.

By fully embracing a study of the world’s religions, middle schools can play an important role in countering America’s religious illiteracy. The American Academy of Religion defines religious illiteracy as a threefold lack of understanding: (1) we do not understand how people within various communities express their religious identities; (2) we do not understand the diversity that exists within each religion; and (3) we do not understand the important role that religions play in culture and politics. Our collective lack of understanding has significant impacts. First and foremost, it contributes to intolerance and, in some cases, outright prejudice. Most dramatically, a lack of understanding about Islam, in the years since the September 11 attacks, has caused many Americans to associate an entire religion with violence and terrorism and, in several cases, has contributed to individual hate crimes against Muslims (and those thought to be Muslim). Incidents of anti-Semitism are likewise on the rise. Intolerance and fear of “the other” can take hold early, and the study of religions during the middle grades can contribute to building a society in which our differences are a cause for celebration rather than a source of apprehension.

It’s true that a class about religions may alarm some parents in a way that a class about history or geography might not. Some families might object to the idea of their religion being presented by a teacher who does not practice that religion. Other families might be concerned that an introduction to diverse religions could cause a child to question or doubt their own. In light of these concerns, educators should communicate in advance to parents and communities what a religions class is about and—critically—what it is not about. The goal is not to judge the devotional expression or the “truth” of any particular religion. Instead, the goal is to understand the cultural context: the myriad ways that religions shape and are shaped by society and individuals. To this end, I always emphasize that religion is something people do, not just something people believe. The distinction between the cultural and devotional aspects of religion should be articulated clearly to parents. Moreover, educators should be vigilant, when designing lessons, to emphasize that there is not an explicit or implied judgment about devotional expression. The Religion and Public Life Program at Harvard Divinity School has developed a conceptual framework and helpful materials to assist teachers with implementation (www.rpl.hds.harvard.edu).

Why are the middle grades such an opportune moment to introduce the study of religions? The timing is right because early adolescents are uniquely poised to ponder life’s mysteries—the kinds of deep questions that are often explored and addressed in a religious context. This is not to say that a middle grades religions course should aim to steer an engaged, curious audience towards adopting a particular set of religious beliefs, or even to adopt a religious worldview, more broadly. Rather, our goal is to educate students about the cultural context and significance of religion. In addition, the course should emphasize, and give students plenty of opportunities to explore, the diverse ways that specific religious traditions—and communities within those traditions—answer deep questions. Two developmental phenomena intersect to make tweens and early teenagers ripe for an investigation of religion. First, their brains are in the midst of a rapid transition from the concrete toward the abstract. Second, as parents of 12- and 13-year-olds know well, children in the middle grades are becoming autonomous, independent thinkers. Not satisfied with being told that “this is true” and “that is not,” this age group craves the experience of figuring out the world on their own. A middle schooler’s brain is primed to think about the kinds of deep questions (like those related to how people should behave, what gives our lives purpose and meaning, and the role—or not—of the divine in the world) that religions specialize in addressing. These questions might be particularly relevant for students who are grappling with, and in some cases directly experiencing, the profound suffering and emotional displacement caused by the coronavirus pandemic.

To take advantage of adolescents’ innate curiosity about the profound mysteries of life, a unit or course about religions should include a significant focus on two related skills: asking questions and investigating possible answers. This accords well with NCSS’s C3 Framework: “Developing questions and planning inquiries” (Dimension 1). In my sixth grade classroom, I am routinely floored by the depth and originality of my students’ questions about religion. Students have asked how faith “works,” and why some people are believers while others are not. They have wondered whether following a religion makes you a bet-ter or wiser person. Unprompted, they have debated whether religious diversity is a good thing or, alternately, if the world would be a happier, more peaceful place if everyone shared a single faith. During the past year, they have asked whether the widespread suffering caused by the coronavirus would lead people to become more religious—or less so.

Teaching about the world’s religions is particularly helpful in teaching a skill (and a value) that our culture needs more of: empathy. The past decade has seen an explosion of inter-est in social and emotional learning, of which empathy is a critical component. Alas, the challenge arises in determining ways to “teach” a child to be empathetic. Studying religions provides opportunities to discuss and practice empathy. In one activity, I pose a deep question (e.g., “Is it ever ok to lie?”, “Should I forgive a friend who hurts me?”, or “What should I do if I disagree with my parents?”) and ask students to write a response based on their own feelings, opinions, or beliefs. Then I challenge students to generate a second potential answer to the same question and to cite a religious story or text to explain and/or justify this second response. We discuss the similarities and differences between the answers, and we talk about the way that a person’s religious background may or may not influence their thinking about deep questions. This activity, along with a mixture of other formative and summative assessments, helps me measure student learning and helps students develop a habit of considering the world from more than one perspective—a core component of empathy. Indeed, in my classroom, students frequently challenge each other to answer questions from the perspective of adherents of various religious traditions. Most gratifyingly, by year’s end, students come to appreciate the potential diversity of answers within each religion.

In sum, teaching about religions—and embracing the complexity of the topic—provides numerous opportunities to develop students’ critical thinking and other important skills. Here are additional activities and approaches that I have found particularly rewarding:

Middle school students, and our society writ large, have much to gain from an in-depth consideration of the world’s religions.