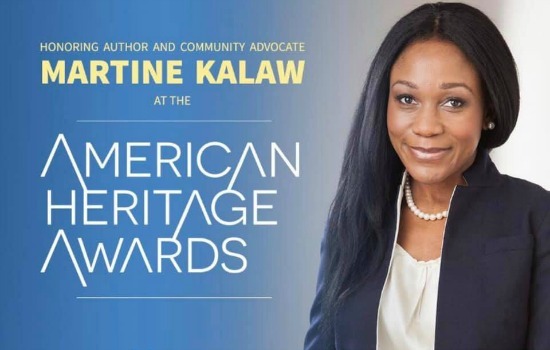 Martine Kalaw '99, author of the memoir Illegal Among Us, has been named as a recipient of a 2019 American Heritage Award by the American Immigration Council.

Kalaw journeyed through a seven-year battle as an undocumented immigrant without a family to becoming a senior level executive with an advanced degree, a father, and U.S. citizenship.

"I started to write my story because I was too afraid to speak," Kalaw has said about her memoir. "I felt invisible and the words I put on paper was the only voice I had. I was undocumented for thirteen years and in deportation for seven. I feared for my life and was at risk of being sent to a detention facility because I was also stateless. If something terrible was going to happen to me I needed people to know that I existed and that I wasn't just an 'illegal alien'."

Kalaw is a graduate of Hamilton College and Syracuse University's Maxwell School with a masters in public administration and a focus on immigration law. She is the managing principal of Martine Kalaw Enterprises, LLC, where she consults and trains with global start-ups who are on the verge of an M&A, sudden growth, or are downsizing.