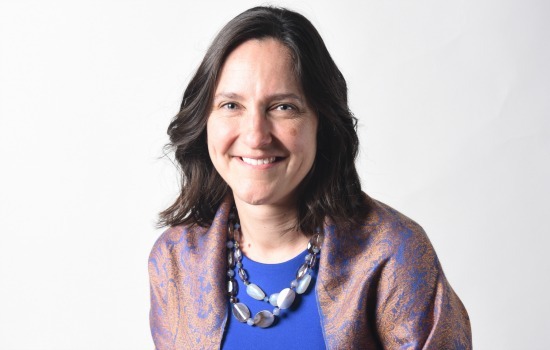 Ms. Sarah Johns '99 will deliver the keynote address at the School's 109th Commencement ceremony on Friday, May 31, 2019.

Ms. Johns currently lives in Richmond where she runs trails by the James River and provides legal advice to Virginia Commonwealth University as an assistant attorney general and associate university counsel. Before moving to Richmond, she lived, learned, and worked in Washington, D.C., Baltimore, Md., Charlottesville, Va., and Paris and Crest.

Johns has practiced law in the areas of higher education as university counsel and health care and life sciences at the law firm Ropes & Gray LLP. She served as law clerk to U.S. District Judge J. Frederick Motz in the District of Maryland. During law school, she interned at the Arlington Immigration Court, Executive Office for Immigration Review, within the U.S. Department of Justice. In each instance, she has drawn from her experience teaching French, Latin, Pilates, and field hockey at St. Anne's-Belfield School from 2006 - 2009 and American English in France from 2004 - 2005.

Following Johns' graduation from the School in 1999, she earned a Bachelor of Arts in classics and a minor in bioethics from the University of Virginia in 2003, a Masters of Arts in French language in civilization from New York University in Paris in 2006, and a juris doctorate from U.Va. School of Law in 2012.

Since then, Johns has continued gradually to learn life's path. As a former Latin teacher, she will take the opportunity to remind that the Latin for "step" (gradus) is the root for both "graduate" (to take a step) and "gradually" (step by step). Sarah's gradual learning comes from reading and listening to the ideas of others.

In addition to Ms. Johns' speech and the conferral of diplomas, the Commencement ceremony will include the presentation of two awards:

The ceremony will be held at 11:00 a.m. at the Conway Convocation Center on the School's Belfield Campus (799 Faulconer Drive). Seating will be limited to graduates and their guests.