Blake, Lippmann Recognized as Coaches of the Year 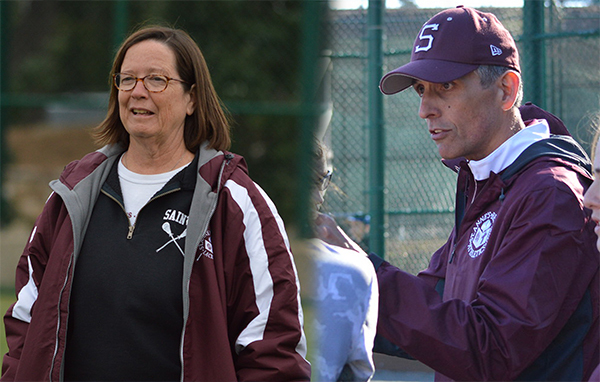 Congratulations to both Mary Blake and Terry Lippmann on being named League of Independent Schools (LIS) Coaches of the Year for the Girls' Varsity Lacrosse and Softball teams, respectively.

Blake just completed her 32nd year of coaching at St. Anne's-Belfield School, which has included nearly 450 wins and three state championships. She was chosen by her LIS peers as the top coach in girls' lacrosse.

"If I had to describe this season in one word, it would be 'together.' This group worked hard, made great strides, and loved each other," Blake said.

Lippmann was also selected by his LIS peers for his coaching this season. In his tenure of five years as head coach, he has prepared numerous student-athletes for collegiate play.

"I really enjoyed coaching this team because the players worked hard and many were passionate about the game of softball," Lippmann noted. "We had a wide range of experience levels, which proved to be challenging at times, but the veteran players were true leaders and they continuously supported the new players as they developed. It was a true pleasure to witness the growth of this team in softball and the relationships built between the players."