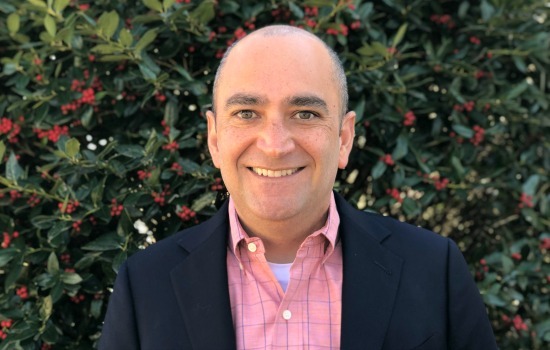 After almost 20 years as a lawyer, Rahul Keshap '92 has started his own law practice, Shuru Law, in Charlottesville.

"I'm serving start-ups and non-profits in the Charlottesville area, and it's been a great way to engage with people," he said. "I get to work with folks as they reach for their dreams and work to impact their community."

This interest in making an impact is something Keshap believes was kindled during his years at St. Anne's-Belfield School. With teachers consistently pushing him to discover his potential, even when he wasn't ready to embrace it, he had valuable mentors who showed him that he could have a real, positive influence on the world around him.

"In some ways, I have only lately woken up to realizing the importance of community involvement that they worked to instill in me," he noted.

Dr. Randy Cornell, Mr. John Harris, Dr. Paul Erb, and Ms. Betsy Albro are just a few of the teachers Keshap considers to have inspired him, and the travel he undertook as a student to the United Kingdom, France, Switzerland, and West Germany as well as closer to home in New Orleans, Houston, and other cities showed him the broader world.

"We always knew there was a world out there beyond the School that we would soon be exploring and leading," Keshap said.

"As a student at the School you can scarcely imagine that you'll one day be twenty-five or more years past graduation and yet it happens to all of us if we're lucky! The lessons that I learned in high school prepared me directly for college and laid the foundation for a fulfilling professional and personal life afterward. What more can we ask for?"