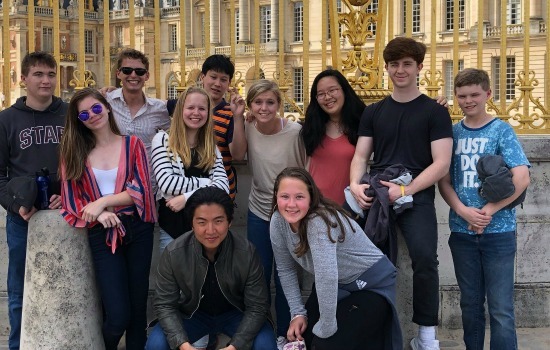 "I hope that the students gained a broader understanding of choral music and performance in the world," said Will Nichols, St. Anne's-Belfield Upper School music teacher.

"I think that they all formed connections with other kids who sing from our community, as well as with the students in Besançon, and realized the connective power of music and how it can truly take you places."

In preparation for the trip, students had combined and separate rehearsals on weekends that began in April. They performed as separate groups and one large group, and presented American music to each audience as "Voices of Virginia."

Photos from the trip are available on the School's SmugMug account.