St. Anne's-Belfield School hosts innovators and visionaries from around the world as part of our Booth Family Inspiration Speaks series. Funded by a generous endowment in honor of the Booth Family, including former chair of the Board of Trustees Rich Booth, Roxanne Booth, and alumni J.T. '11, Morgan '15, and Kellie '18, each year, Inspiration Speaks speakers seek to challenge, inspire, and encourage discourse on a variety of topics. The events are open to the public and all are encouraged to attend.

The list of Katie Spotz's accomplishments are long. Five ironman triathlons, cycling across America, a 325-mile river swim, running across deserts, and a world-record solo row across the Atlantic Ocean. Today, the former US Coast Guard Elite Athlete of the Year and Cleveland Magazine's Most Interesting Person in the World seeks to make a difference in addition to making history, with a goal of raising $1 million for clean drinking water around the globe.

In this Booth Family Inspiration Speaks event, Katie Spotz, self-described "former benchwarmer," has a message to share: “You don’t have to be extraordinary to achieve incredible things.

This form is not currently accepting submissions.

In his #1 NYT bestseller,"How To Be An Antiracist," Boston University Professor Ibram X. Kendi makes the case that the opposite of "racist" isn't "not racist," but antiracist. "The good news, "Kendi writes, "is that racist and antiracist are not fixed identities." St. Anne's-Belfield students read the book and grappled with what it means to dismantle racism within themselves and in society. In the webinar, two student representatives, Cheryl O. '21 and Ellie P. '21, led a Q&A with Professor Kendi.

Mike Allen is one of Washington’s most influential and well-connected journalists. He is the co-founder and executive editor of Axios, a new company delivering news and insights on politics, business, media, and tech. The company, whose name means “worthy” in Greek, specializes in high-quality news and analysis easily shared among the country’s influential readers and across social platforms.

In addition to starting Axios, Allen was a co-founder at POLITICO, the digital media company that upended and revolutionized political and policy journalism in Washington, New York, and Europe.  He not only reported on but also drove the day’s conversations in and around the Beltway. His sharp journalistic experience and coveted insider status make him an ideal choice to discuss the latest political happenings. Learn more

Carla Williams was named the University of Virginia's director of athletics in 2017, becoming the first female African-American athletics director at a Power Five conference institution. Previously, Williams served as an athletics administrator at the University of Georgia for 13 years. She has the unique background of competing, coaching, and administering at the highest levels of intercollegiate athletics. Learn more

Danielle Feinberg began her career at Pixar Animation Studios in February 1997. As she worked her way from an entry level, technical job to one of the top creative positions, she crewed many of Pixar’s feature films including Toy Story 2, Monsters, Inc., Finding Nemo, and The Incredibles. Feinberg rose to be the director of photography for lighting on Disney•Pixar’s Academy Award®-winning films WALL•E, Brave, and Coco.

Feinberg’s love of combining computers and art began she was eight years old and first programmed a Logo turtle to create images. This eventually led her to a degree in computer science from Harvard University. In addition to her Pixar work, she works with teenage girls, encouraging them to pursue code, math and science by demonstrating to them this same magic found by combining art and technology. Learn more

A former corporate lawyer and university dean, Julie Lythcott-Haims now works primarily as a writer and speaker who shifts observation, beliefs, and knowledge into compassion and concern, and then translates those feelings into words she hopes will interact with the ear, eye, and soul in some kind of meaningful way. As she continues to hone her own voice, she continues also to be concerned with each of us finding our own voice and honoring it, and in the obstacles that can get in the way. Lythcott-Haims' first book, the New York Times bestselling How to Raise an Adult: Break Free of the Overparenting Trap and Prepare Your Kid for Success emerged from her decade as Stanford University’s dean of freshmen, where she was known for her fierce advocacy for young adults and received Stanford’s Lloyd W. Dinkelspiel Award for creating "the" atmosphere that defines the undergraduate experience at Stanford. Learn more

Erika Christakis is an early childhood educator and author of The Importance of Being Little: What Preschoolers Really Need From Grownups. Formerly on the faculty of the Yale Child Study Center, she has written and consulted widely about child development from preschool through the college years, drawing on her experiences as a teacher, Pre-School director, and college administrator. Her work has been featured in media such as The Atlantic, The Washington Post, Salon, NPR, and the Wall Street Journal, and for two years she wrote a column for TIME.com. Learn more

Dr. Madeline Levine is a psychologist with over 30 years of experience as a clinician, consultant, and educator. Her book The Price of Privilege: How Parental Pressure and Material Advantage Are Creating a Generation of Disconnected and Unhappy Kids explores the reasons why teenagers from affluent families are experiencing epidemic rates of emotional problems. Backed by cutting edge research, Levine proposes solutions that are both practical and credible. Learn More 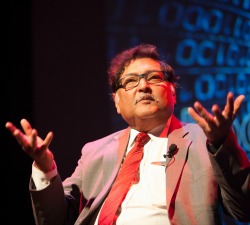 Dr. Mitra's work is at the forefront of a new approach to education which challenges how we teach children in the technological age.

Professor of Educational Technology at Newcastle University, UK and previously a Visiting Professor at MIT, Dr. Mitra is currently working on the School in the Cloud, which is the culmination of over a decade of research and observations from all over the world. His “Hole in the Wall” experiments have shown that in the absence of supervision or formal teaching, children can teach themselves and each other if they’re motivated by curiosity and peer interest. His recent pioneering study found that use of the Internet can allow eight- and nine-year-olds to perform at more than seven years above their expected academic level. Learn More 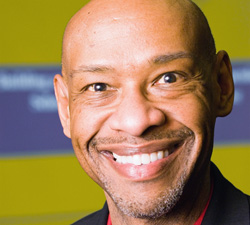 Dr. Batiste has also served as the Vice President of the National Association of Independent Schools (NAIS), during which time he co-edited The Head’s Handbook: A Guide for Aspiring, New, and Experienced Heads of School (2011) and edited Diversity Work in Independent Schools: The Practice and the Practitioner (2013). He focuses on supporting the visualization and realization of building and sustaining diverse, inclusive, and equitable independent school communities. Learn More